The Heart of Incredible India 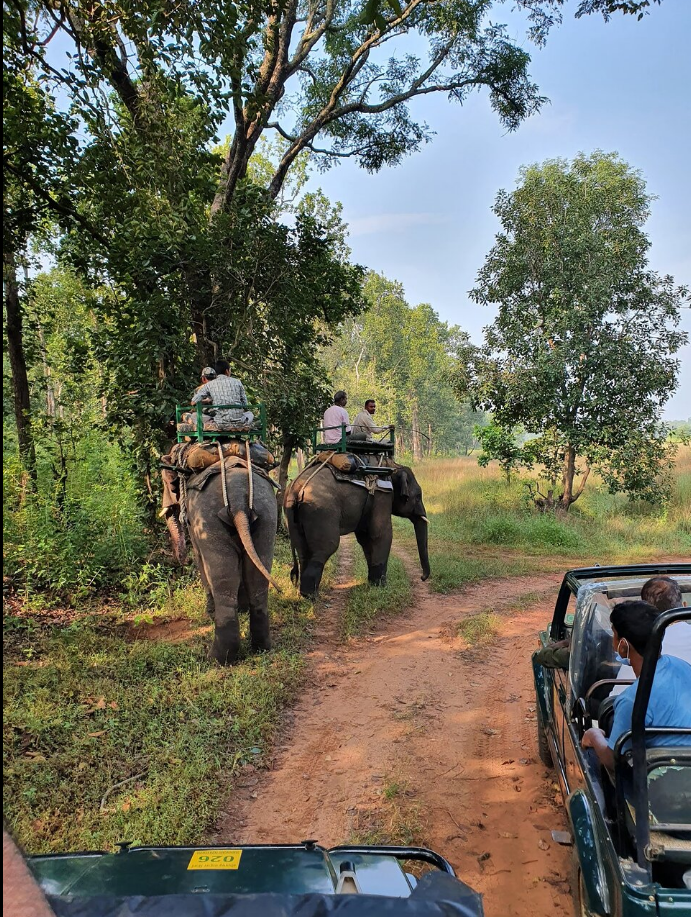 The 'Heart of Incredible India'

The 'Heart of Incredible India' Madhya Pradesh is called the "Heart of India" because of its location in the center of the country. It has been home to the cultural heritage of Hinduism, Islam, Buddhism, Sikhism and Jainism. Innumerable monuments, exquisitely carved temples, stupas, forts and palaces are dotted all over the state.

The temples of Khajuraho are world-famous for their exquisite sculptures, and are a UNESCO World Heritage Site. Gwalior is famous for its fort, Jai Vilas Palace, the Tomb of Rani Lakshmibai,Tombs of Md. Ghaus & Tansen. Madhya Pradesh is also known as Tiger State of India because of hosting the highest tiger population and the National Parks of Madhya Pradesh are the Best Places to see Tigers in the wild in India. Famous national parks like Kanha,Bandhavgadh,Pench,Panna & Satpura are located in Madhya Pradesh. Bhopal is the state capital, which is home to a number of big and small mosques, art and archaeological museums and a zoological park (Van Vihar) and is in close vicinity to the other two UNESCO World Heritage Sites, Bhimbhetka Rock Shelters & Sanchi Stupas. Gwalior is another important town of Madhya Pradesh which is known for the impressive Gwalior Fort. Indore is the commercial capital of Madhya Pradesh and the city also has great historic connections. When in Indore, do not miss a trip to Omkareshwar, Maheshwar, Ujjain & Mandu. Pachmarhi is the only hill station of Madhya Pradesh and a favorite among tourists as it is an all season destination. Orchha, Chanderi & Bheraghat are other important tourist destinations of Madhya Pradesh.

The Khajuraho Group of Monuments

Kanha National Park, tucked away in the Eastern part of the Central Indian Satpura Range. Kanha is one of the oldest and best known parks of India. Legendary for its wilderness and tiger sightings, the reserve is the blue wyed child of domestic as well as foreign tourists. The Wildlife Conservation Society (WCS), the world's premier conservation institute, have rated Kanha as the best managed park in Asia.

One of the oldest seats of Buddhist learning: Sanchi is situated 45 kms. from Bhopal, the state capital of Madhya Pradesh. The place has impressive Buddhist remains ranging from the 3rd century BC to 12th century AD that are situated on a hill top of Vindhya range in Central India. The serene hill of Sanchi is crowned by a group of stupas, monasteries, temples and pillars. The glorious past of Sanchi, as an ancient seat of Buddhist learning and a place of pilgrimage, can still be experienced in its complex structure where many Buddhist legends found expression in the rich sculptures.

Situated at an altitude of 1065 mt. at the meeting point of the Vindhya and the Satpura mountain ranges amongst sylvan surroundings, Amarkantak is a great pilgrim center for the Hindus, and is the source of the rivers Narmada and Sone. While the Narmada flows westwards from Amarkantak, the Sone flows towards the East. Amarkantak is indeed blessed by Nature. Holy ponds, lofty hills, forested surroundings, breathtakingly beautiful waterfalls and an ever-pervading air of serenity make Amarkantak a much sought-after destination for the religious-minded as well as for the nature-lover.

A plateau region in the northwest of the state, north of the Vindhya Range, with its distinct language and culture. Indore is the major city of the region, while Bhopal lies on the edge of Bundelkhand region. Ujjain is a town of historical importance. Mandu, Omkareshwar & Maheshwar are a few of not to be missed tourist destination when in Malwa.

A region of rolling hills and fertile valleys in the northern part of the state, which slopes down toward the Indo-Gangetic plain to the north.

A region of rolling hills and fertile valleys in the northern part of the state, which slopes down toward the Indo-Gangetic plain to the north. Gwalior is an historic center of the region.

A hilly region in the northeast of the state, which includes the eastern end of the Vindhya Range.

The southeastern portion of the state, which includes the eastern end of the Narmada river valley and the eastern Satpuras. Jabalpur is the most important city in the region.

Located in the Heart of Incredible India, Madhya Pradesh can be said to be the microcosm of India, for the land reflects the glory of India in many ways. These can be related to the architectural grandeur of it’s palaces, temples and mosques, the natural beauty surrounding the Vindhyas and other regions, the prehistoric art of Bhimbhetka, the piligrimage centres of Amarkantak, Chitrakoot and Ujjain and the adventure trail of the national parks like Kanha, Bandhavgarh, Pench, Panna and Satpura, to name a few.