Craving a slice of history? Or is a long planned pilgrimage on your mind? Sanchi, one of the most famous places that coloured the history of ancient India, should prove to be the place for you. Steeped in history, knowledge and a surreal vibe that echoes the past, Sanchi is still revered. Tourists from all … END_OF_DOCUMENT_TOKEN_TO_BE_REPLACED

Craving a slice of history? Or is a long planned pilgrimage on your mind? Sanchi, one of the most famous places that coloured the history of ancient India, should prove to be the place for you. Steeped in history, knowledge and a surreal vibe that echoes the past, Sanchi is still revered.
Tourists from all over the world make their way to Madhya Pradesh not just to enjoy thrilling rides cruising through the dense forests and national parks getting glimpses of the majestic Royal Bengal Tigers and the exotic fauna it offers but Sanchi is also among one of the main attractions. Sanchi was also the seat where Buddhism flourished and consequently met with a setback in the early centuries as a result of various conquests. Declared by UNESCO in the year 1989, Sanchi garnered a place in the list of World Heritage Sites and continues to be the pull for travel enthusiasts, archaeologists and pilgrims alike.
Planning a trip to Madhya Pradesh needs your precious time as there is no dearth of places to visit in this wondrous state. Do you have Sanchi on your travel itinerary? Let us present some of the most exciting places that you can visit in Sanchi while you are touring the neighbourhood.

Sanchi Stupas
Sanchi is synonymous with the word Stupas. These architectural mammoths created during the 3rd century B.C under the reign of Ashoka, are a sight to behold. The Great Stupa, one of the oldest among them is carved with magnificent etchings that never fail to instil within the viewer a sense of awe. Standing tall at 71 feet, the Great Stupa surely towers over all the other touristy sites and overshadows everything in its vicinity. Explore every nook and corner of this great architectural masterpiece or simply stand afar and admire. Disappointment would be the last thing to cross your mind.

Sanchi Museum
Not close behind is the Sanchi Museum, that houses a plethora of exotic objects from the long forgotten past. A popular site for the history buffs, going through the artefacts and relics are sure to take you centuries back. The royal dynasties that were the supreme power of the land, their conquests and the lavish manner in which they spent their days seem to transcend through the numerous relics, leaving visitors with an open mouthed wonder.
There surely is something uncanny about seals and paintings that are products of a rich history. Visit the museum reverberating with history and come back armed with numerous tales of the bygone times.

Gupta Temple
Built in the 5th Century AD by the royal dynasties of the Guptas, this architectural wonder continues to inspire builders all over the globe. The Gupta Temple has been designed to form one of the most mathematically approved structures. The temple indeed makes one feel in awe of the brilliant engineering methods followed by the builders of the past who successfully attempted to make such an imposing monument without having in possession any of the modern equipments that we now take for granted. Sanchi is predominantly a Buddhist pilgrimage centre yet the Gupta Temple catered to people belonging to different religions.
The temple is almost in ruins now but the superior craftsmanship cannot be mistaken.

Ashoka Pillar
A stalwart in the history of architectural creations, the Ashoka Pillar situated south of the Great Stupa is one of the many pillars built by the Emperor during his reign. Ashoka was known to strive for an end to the violence that was a result of warring countries and erected these pillars that were etched with his edicts. The pillar at Sanchi stands at a might height of 50 feet, reflecting the majestic rule during the bygone era and stands as a true representation of one of the most revered Emperors.

Udaygiri Caves
A series of twenty caves, these caves attract thousands from afar due to the sheer beauty that the carvings inside generate. Depicting sculptures and deities belonging to Jainism and Hinduism from the Gupta period(4th century AD), the caves offer a pinpointed glimpse into the past. The caves can be found on the top as well as on the foothills and never fail to inspire with their brilliantly intricate carvings that successfully convey stories of a violent and glorious past.

Do you feel inspired enough to pack and travel to Central India already? We at i4u Travel Services have it all designed for you. From arranging flight and train schedules, hotel bookings, guided tours, safari rides through Pench, Bandhavgarh and Kanha National Parks and much much more, the team at i4u is indeed your perfect touring partner, making your journey as hassle free as is possible.

Travel back centuries, tread the lands where history was created and leave your footprints on the very same by visiting the Heart of Incredible India. A grand time is awaiting you!

Aesthetically located in the central part of India, Madhya Pradesh inevitably inherited a cultural milieu that remains unmatched due to influences from its surrounding states. Madhya Pradesh proudly conserves its own inherent culture while at the same time radiating & reflecting the true essence of neighbouring states too. The place truly encompasses the beauty that … END_OF_DOCUMENT_TOKEN_TO_BE_REPLACED 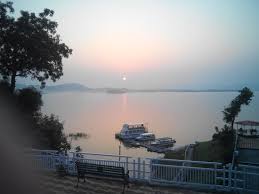 Aesthetically located in the central part of India, Madhya Pradesh inevitably inherited a cultural milieu that remains unmatched due to influences from its surrounding states.
Madhya Pradesh proudly conserves its own inherent culture while at the same time radiating & reflecting the true essence of neighbouring states too.

The place truly encompasses the beauty that people globally associate India with thanks to its towering architectural achievements and vast landscapes devoted to exotic flora. The temples of Khajuraho with its intricate carvings depicting scenes from a bygone era, the palatial buildings of Ujjain & Indore that reflect the royal dynasties of the families that resided there convey an otherworldly presence among the tourists that remains unmatched. The flora and rare fauna that constitute of a variety of wildlife are the other high points of this glorious state that attract visitors from all over the world.

The spirituality that is expressed through the pilgrimage trips to Amarkantak, Maheshwar, Chitrakoot and the famous stupa of Sanchi is unparalleled and has successfully managed to present Madhya Pradesh as one of the most religiously rich places in India. From these wondrous places of religion, to places where you can unwind and be pleasantly taken aback by the works left behind by our ancestors, to numerous parks that have been an abode for endangered species of animals, there is no dearth of touristy places in MP to visit.
However, apart from simply admiring the various sites that tour guides assign to the itinerary, the beauty of Madhya Pradesh can also be enjoyed actively by participating in the various sports and adventure rides that the place has to offer. Yes, jungle safari rides that promise a rendezvous with the national animal of India i.e. the majestic Royal Bengal Tigers is the most popular draw but we would also like to present to you some of the other thrilling activities that you can indulge in during the trip.

Trekking
Nature Walks and trekking allow you to experience the plethora of thrills that nature has to offer, first hand. Let your travel itinerary be filled with exciting spots to trek to along with all the safari rides and visits to scenic locations that would probably be done from within an automobile. Pachmarhi, Pench National Parks and trekking through the Satpura ranges offer quite a thrill. Notable tour guides would even insist that you forego the modern comforts and set out to explore the nooks and crannies of Madhya Pradesh on foot. From coming face to face with an exotic bird or crossing a river with the help of a stone bridge, you are guaranteed to quench the adventurous soul yet crave for more.

River Rafting
River Rafting in Orchha on the river Betwa is one of the most thrilling rides that the place has to offer. Tourism packages usually include 90 minutes to 3 hour packages where you can get glimpses of the serene Kanchana Ghat, Shiv Ghat and Note Ghat or can even choose to spend a few moments at each of these river banks if you so please. Enjoying breakfasts and other refreshments are part of these lucrative packages that ensure that the visitors enjoy themselves to the fullest.

Rock Climbing
Another one of the most popular recreational activities that are held outdoors, wearing harnesses and the necessary gear truly instil an adrenaline rush. Pachmarhi offers the ideal place for this activity due to its abundance of hills and mountains and the rocks that create a challenge for even the most experienced. For the faint hearted or the less experienced, artificial rock structures too offer a thrill with its imposing heights and footholds embedded on the surface for a better grip. Make sure you do not miss out on this exiting activity (that would surely test your indomitable spirit) once you visit the state.

Camping
Do you fancy staying inside a tent and be surrounded by the wildlife? Delawadi Jungle Camp has just the solution for you as is staying in Udayagiri. From basking in the serene forests, indulging in star gazing at night and bird watching by day, it is a haven for trekkers. The lush greenery offers an experience that remains incomparable and would definitely rank as one of the most memorable activities long after the trip. Ditch the high end hotel rooms for a couple of days and wrap yourself within the rustic comforts that Mother Nature has to offer.

The outdoor activities that can be participated in while on a trip to the Heartland of India make the long travels truly worthwhile. Tourist places in MP are countless and thus it is up to the travel operators and you to determine your priorities to get the most out of the trip.

The team at i4u Travel Services provides you with the exact experience that you are looking for ensuring that your trip remains as hassle-free as ever.