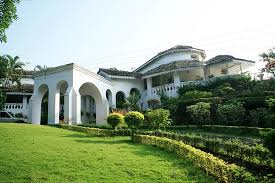 Travel plans tend to become overwhelming & sometimes confusing, especially when it comes to planning a holiday trip to a multi dimensional destination like Madhya Pradesh. The sheer number of places that can be visited and admired will ensure that you keep revisiting the Heartland of India quite frequently. From the rare species of wildlife to the exquisite flora, to the heritage sites that are renowned for their architecture and historical significance to the destinations of pilgrimage and spiritual importance, Madhya Pradesh has something for every wandering soul.

While discussing a holistic travel plan of Madhya Pradesh, it is obvious that the talk isn’t complete without a mention of the plethora of national parks and Tiger Safaris- that attract the most number of tourists all year round. The state is famous for its high density of tigers along with multiple rare species that have found a home there. Though, these are some of the obvious attractions that tourism packages highlight, we here at i4uTravels strive to bring to you options to visit some of the gems that the place has to offer but that which often get overlooked by tourists.

Away from the hustle and bustle of the main city squares, Madhya Pradesh rewards you with serene spiritual places to relax and unwind that are sure to rejuvenate your entire being.

Following are some such sites that you can place on your travel itinerary and treat yourself to those nooks of Madhya Pradesh that deserve to be promoted more:

Maheshwar, formerly known as Mahishmati, is a temple town situated on the banks of the holy river Narmada. The place is all the more significant as it finds a mention in the epics of Ramayana and Mahabharata. The beautiful temples and mighty forts of Maheshwar is a testament to the times when royalty reigned. Not to mention,  the hand-woven ‘Maheshwari Sarees’ that contain traces of the lost past.

The erstwhile abode of the great Maratha queen, Rajmata Ahilya Devi, a visit to Maheshwar still reminds one of the eminent royal ambience once enjoyed here.
Do not miss an evening boat ride on the Narmada as the subtle sense of folklore and mystery become all the more apparent when the reflections of these grand architectural masterpieces get beautifully reflected on the river water reminding you a little of the myths you listened to as a child.

Chitrakoot’s spiritual association range back to the times of the hallowed Rama and Sita who were known to have spent the majority of their exiled years in these forests nestled between the Vindhya ranges. These tranquil grounds are a popular pilgrimage site and are significant due to the mystical tales of incarnations and blessings of mythological beings.
The Sati Anasuya Temple, the Gupt Godavari, Janki Kund, Sphatik Shila and Ramghat and multiple other tourist sites, situated on the tranquil river banks are some of the many gems that Chitrakoot rewards the travellers with.

Sanchi,one of the three UNESCO World Heritage sites is synonymous with Buddha Stupas that are hemispherical structures which house Buddha’s relics. The stupas, the temples, monasteries and the globally renowned Ashoka Pillar are some of the architectural wonders of Sanchi that continue to inspire the world with their masterful engineering even to this day. These sacred stupas also underwent restoration in the early 20th century and were reverted to their former glorious state.

Madhya Pradesh tourism is incomplete without a mention of the ancient Udaygiri Caves that were built during the reign of Chandragupta 2 and have distinctive features of that period, containing some of the oldest cave temples in India. Sanctuaries that date back to the 5th century and are steeped in mythology can be found in abundance amidst the hills.

A custodian of the early Gupta sculpture,cave 5 in Udaygiri has a magnificient sculpture of Vishnu in the Varaha avatar. The God, personified as a serpent (naga) is depicted as a being controlling the waters and carrying the Earth Goddess on his tusk.
There is no fixed period to visit Madhya Pradesh as each season offers a unique view of this wondrous state. Make the best of the services available at i4uTravels and be assured to have all your touring demands met. From booking hotel rooms to providing a travel itinerary that suits your test and also keeping in mind of modes of transportation as well as recommending & booking the best Tiger Safari,  i4utravels will not disappoint you.

Go, indulge yourself in the laps of Mother Nature and be spiritually inspired.